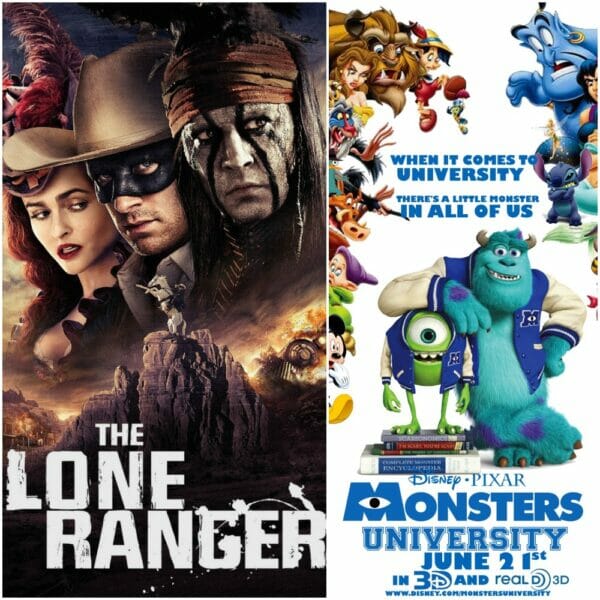 To celebrate the release of the first episode of the Disney Plus original series Monsters At Work we are re-releasing our dual reviews of Monsters University and The Lone Ranger! Before Damn You Hollywood, Jeff Harris and Mark Radulich reviewed all the great summer blockbusters from 2013! So get in the wayback machine and enjoy our reviews of this pair of Disney films, our Monsters University and The Lone Ranger (2013) Review!

For more Pixar movie reviews check out shows on Luca, Inside Out and Soul!