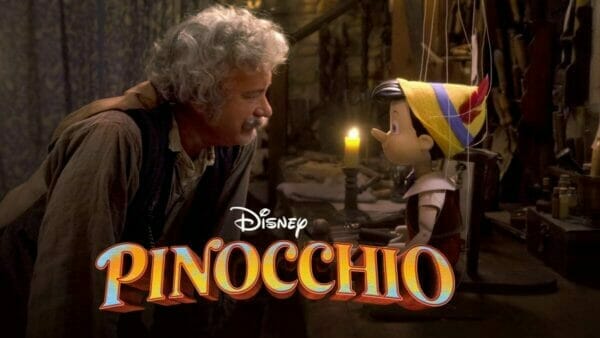 Pinocchio is a 2022 American musical fantasy film directed by Robert Zemeckis from a screenplay by Zemeckis and Chris Weitz. The film, produced by Walt Disney Pictures, is a live-action remake of Walt Disney’s 1940 animated film of the same name, which is itself based on the 1883 Italian book The Adventures of Pinocchio, by Carlo Collodi. The film stars Tom Hanks, Cynthia Erivo, Giuseppe Battiston and Luke Evans with Benjamin Evan Ainsworth, Joseph Gordon-Levitt, and Keegan-Michael Key in voice roles.

Check out our other Disney reviews.

Being real is in your heart. Pinocchio Disney 2022 Live Action Remake