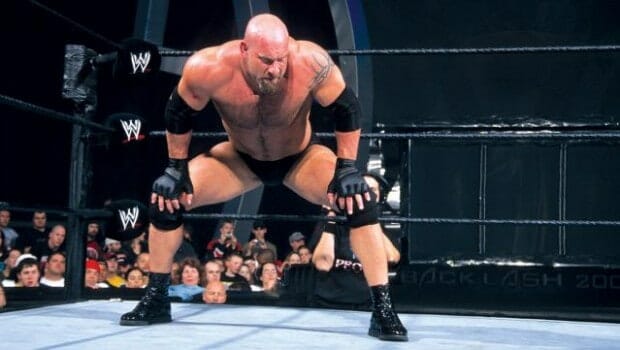 Ladies and gentlemen, welcome to newest series written by Cody Howk, a.k.a. Mr. Howkstanding. This new series is all about finding and proclaiming the Top 5 in the world of professional wrestling.  In the inaugural article, we’re going to dive in, and rank the Top 5 Spears, from the best wrestlers to ever perform them.

Starting off the Top 5 list is Bobby Lashley. Whether it’s inside the ring, or inside the cage, you can’t deny the raw, physical power of Bobby Lashley, and his stomach splitting spear! While he may be remembered as 3-time TNA World Heavyweight Champion, TNA King of Mountain Champion, and 2-time WWE/ECW World Champion, he will definitely be remembered thanks to his finishing spear.

The Rated R Superstar himself, Edge. While his early retirement from the world of professional wrestling has saddened us all. The master of the five-second pose has surely left us with plenty of memorable WrestleMania moments. Who could forget his spear to Jeff Hardy after leaping from a 20ft ladder at Wrestlemania X-Seven, or the absolute carnage that ensued when he speared Mick Foley through a flaming table at Wrestlemania XXII?

He’s not a bad guy, he’s not a good guy, he’s THE GUY.  While fans all over the world continue to debate whether or not Roman is TOP guy material. No one should question his ability to deliver a Top spear.  Case in point, the spear he dished out to Stephanie McMahon at Wrestlemania 32

A former Extreme Championship Wrestling original and current Smackdown Tag Team Champion, the Man Beast, Rhyno.  Whether he’s charming his constituents in Michigan, or giving chair shots in the ECW record books. Fans of Rhyno will continue to chant, “GORE! GORE! GORE!” throughout the halls of pro wrestling history.

As if there was ever any doubt as to “Who’s next?”!  At the top of this week’s Top 5, we have Goldberg himself reigning supreme.  As impressive as his 173 wins were in WCW, perhaps the most impressive aspect of Bill Goldberg’s spear was the fact that people were actually able to stand up and walk afterwards. Of course, it might have been a few days and a hospital visit later.