There is a lot of baggage that comes with a Call of Duty game. Immediately, whenever a new game is announced, there are people that hate another COD even exists. There’s also people that expect perfection who complain if it doesn’t meet their expectations. Whether they are reasonable or not. Therefore, when it comes to a Call of Duty game, it is hard to find people willing to separate hype from the actual game.

Honestly, I have not played a Call of Duty game since Ghosts. That is not to say I dislike the franchise at all. I just want to be transparent that I am coming into this review with as close to a fresh look as possible. I feel that’s important to note with a franchise that has yearly installments. I can say this COD surprised me with how good it is. For anyone undecided, perhaps this is the Call of Duty to give a shot. 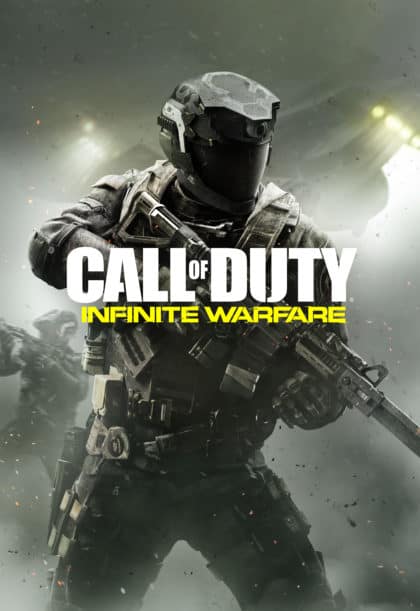 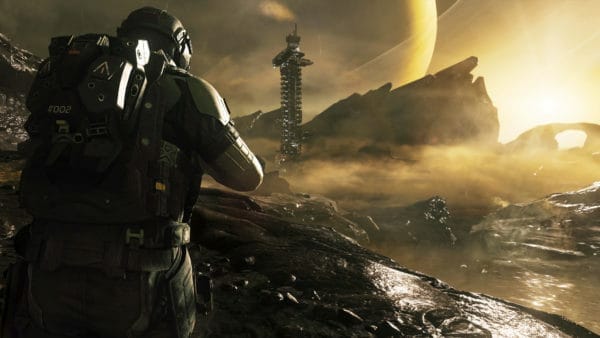 The story begins with the solar system colonized. Earth sits on one side and the Separatist Defense Force on the other side. Of course, the two sides are at odds with each other. The SDF is trying to steal secret weapons and your character is trying to stop them. The action escalates to a Pearl Harbor-style attack on Earth by the SDF who manage to destroy all but a couple of Earth’s space carriers.

Your character is the ranking officer of the carrier. As Captain of the carrier, you are responsible for choosing the missions your ship partakes. You can either go on story quests or side quests where you gain upgrades and new weapons. The system to unlock weapons and upgrades is a nice change from just being given weapons or vehicles in the past. 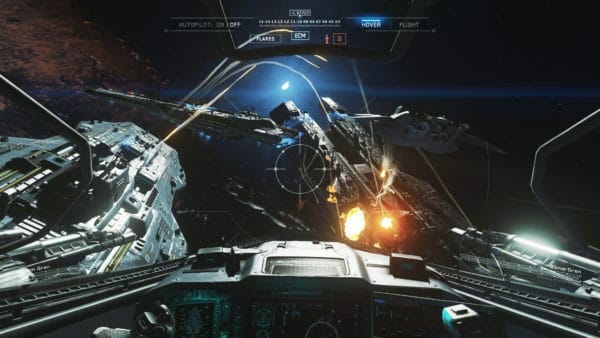 One of the big additions to this Call of Duty, is the Jackal. A fighter plane that creates a new gameplay mechanic and allows you to fly it around and attack. This provides a great change to the traditional COD experience. I really found myself looking forward to the various missions where I got to fly the Jackal.

Some missions even mix both Jackal and traditional combat. Where you fly a fighter and then infiltrate the enemy ship to retrieve some new equipment. The fighter missions are fast paced and fun. The infantry missions are pretty much what you are accustomed to when playing COD. Overall, the story is good, and helps keep your interest over the various missions. However, by the end of the campaign, they do start to feel rather similar. 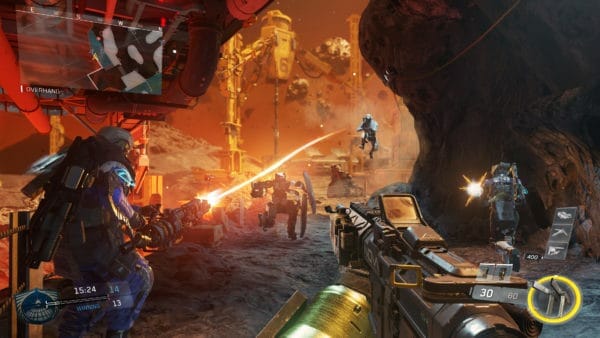 Call of Duty multiplayer is usually the big seller for this franchise. In this case, the multiplayer is exactly what you expect to get (Call of Duty style maps and upgrades included). That is not a bad thing really, but if you go into expecting a lot of innovation over previous installments, then you will be disappointed. 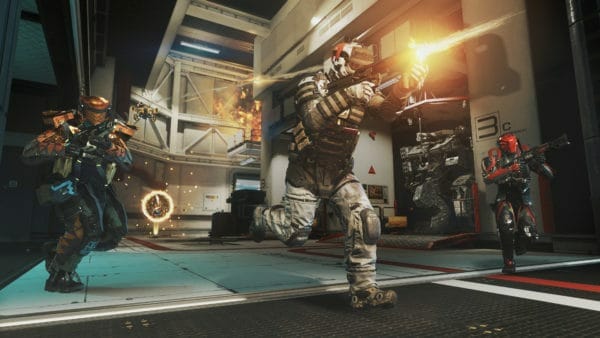 The big drawback with COD multiplayer is that it appeals mainly to people playing with friends, and not so much for anyone playing with randoms. So, it is something to be aware of when making a purchasing decision. 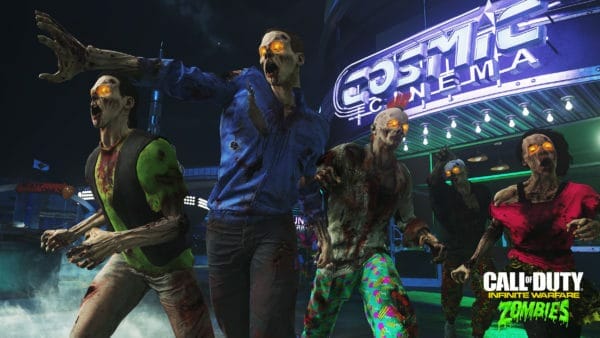 The Zombie multiplayer co-op is in this game as well. It is a nice change of pace to work with people as opposed to working against them. Although, sometimes it feels as though you are working against your teammates if they are randoms. Ultimately, it’s fun a diversion from the regular Call of Duty gameplay.

Multiplayer can get old playing with randoms

Overall Thoughts: 8 Out of 10. Call of Duty is one of those franchises that are on the same level as the Madden NFL games. The franchise comes out yearly, so there is only so much room for innovation (even if the studios are on a three year rotation). Despite that, the game is fun. The multiplayer is consistently exciting, especially if you have friends to play with online. The movement into space is interesting, and hopefully it gives the developers more opportunities to innovate with the franchise setting in the future.

* For the sake of transparency: The publisher provided a code for review purposes. *