Many will look at Killing Floor 2 and immediately think that it is a Left 4 Dead rip-off. Although I understand that opinion, after just a couple minutes of playing the game that’s totally far from the truth. Killing Floor 2 is a great co-op zombie game that is filled with unique player classes. Has loads of upgrades. Not to mention, tons of different zombies to kill. The game is not perfect, but then again that doesn’t matter here. What matters is that it’s so much fun. 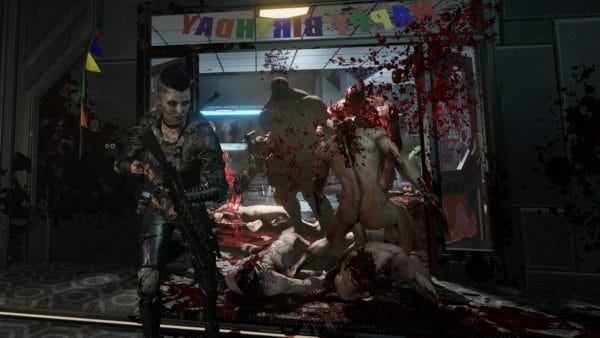 At the start, you choose from one of 10 classes. Each class has different class weapons and bonuses that make your character more powerful as they gain experience. Although there is singleplayer, going online is where you can best experience the game. In online play, you are working with a team of other players to survive wave after wave of zombies. Each player gains money for each zombie they kill. Then, in-between rounds, players can upgrade their weapons. Refill ammo and grenades. As well as, replenish their body armor at the shop. 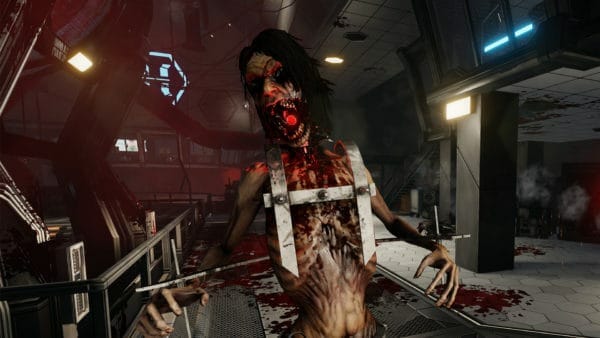 Although there are several types of zombies, they are mainly the easy kill zombies that just shamble around. The next level of zombies are ones with powers that are harder to kill. After that, are the bosses at the end of the 10 waves. Killing zombies is all kinds of fun, but when it comes time to upgrade ammo and equipment, so you can destroy some more, the amount of money you have relies heavily on your class. And not so much on the amount of kills you actually have. This leads to the shop creating issues with game balance. Some classes, for example the Demo class gets more kills since they have area effect weapons. This means that certain classes have an advantage over others when it comes to getting money. The developers seemed to have recognized this, because they allow players to throw down money for other players to pick up. Sadly, most players do not use this feature, so some of the support oriented classes can lag behind when it comes to upgrades. Each of the classes feel unique and have some role they fill. For example, The Firebug is geared more towards setting zombies on fire and dealing damage over time. While the SWAT and Soldier classes are geared towards killing as many zombies as you can with rifles or SMGs. From a meta standpoint, the best team would consist of one Support class (can give ammo to other players, repair doors, and uses a shotgun. Then, have a Demo class alongside it, because it (can give grenades to other players, uses weapons with a large slash radius, and can trap doors so they explode when they are finally opened.) Other classes are handy, but these two can be all that are needed.

One final aspect of the gameplay, is that players can heal themselves with a healing device that is on a cooldown. Also, doors on the map can be welded shut. This slows down zombies keeping them from converging on the party all at once. The doors are destroyed when the zombies break the weld, so players have to be smart about what doors they seal and when. As mentioned earlier, this is why a Support class is important to have, because they can repair broken doors. 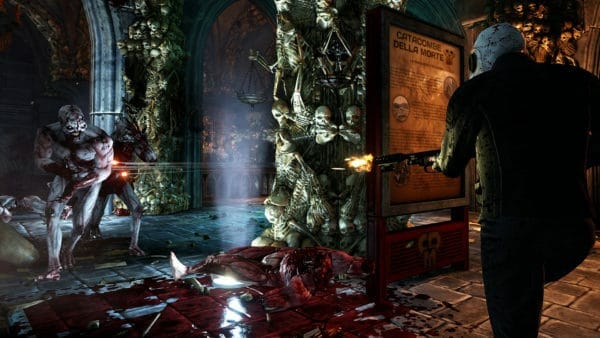 Killing Floor 2 is certainly enjoyable, but it does have some issues concerning longevity. Each class has a skill tree that goes up to level 10. Each level you choose from one of two skills that gives your character class a bonus. After level 10 though, there isn’t much left to do, aside from just playing the game.

There’s also a bit of a grind to reach level 10. It is nice that you can play offline and your progress counts towards leveling, but this feature hurts the support style classes that do not get to deal as much damage. So, it can take them twice as long to get to max level, as it does the more offensive classes. 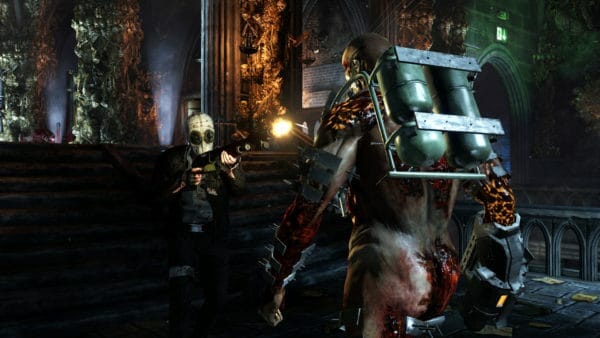 It’s also very hard to survive three waves of zombies of various types. Not to mention, then trying to defeat a boss on the fourth wave. Especially, when you do not deal out massive amounts of damage. As one would imagine, teamwork is very important in this game. Sadly, it seems like a lot of people online do not necessarily want to work as a team. Case in point, the severe lack of players wanting to communicate while playing.

In every game, you get players going off on their own, instead of sticking with a group. I did convince a friend of mine to pick up the game so we were able to work together pretty well when we played the online multiplayer. Just be aware that playing with randoms can cause some big headaches, especially in boss battles, because they refuse to work as a team.

At the $30 price, it makes it easier to stomach as a mainly multiplayer experience

The game is very fun, especially with friends

Not much to do after reaching max level

Playing with Randoms can be a headache

Overall Thoughts 7.5 Out of 10 Although Killing Floor 2 has its flaws, the game is very fun. Yes, it seems like everyone has played a game where the goal is to keep killing wave after wave zombies. Despite that, I believe this game is one of the top multiplayer co-op games I have played in a while. At the price of $30, you and a friend could get the game for the same price as a Call of Duty or Battlefield game, and have a great time all the same.