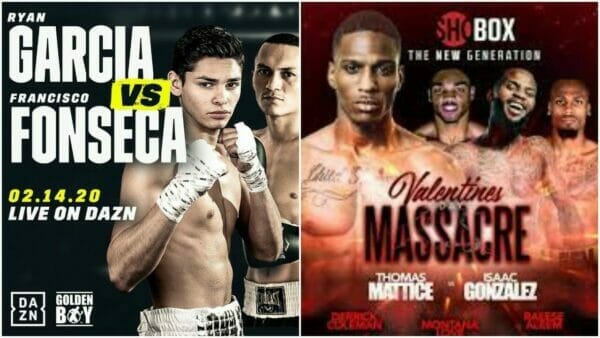 Ryan Garcia vs Francisco Fonseca took place on February 14, 2020 at the Honda Center in Anaheim, CA!

To hear more of our boxing alternative commentaries check out Yordenis Ugas vs Mike Dallas, Danny Garcia vs Ivan RedKach and Jamel Herring vs Shakur Stevenson!