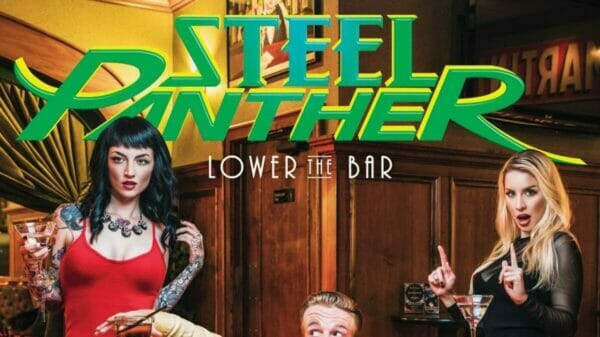 Mark Radulich, Robert Cooper and Jesse Starcher review the latest from hyper-sexual glam metal retro rockers Steel Panther – Lower the Bar! Steel Panther Lower the Bar 2017 is the fourth major-label studio album by American heavy metal band Steel Panther. It was originally scheduled for release on February 24, 2017, but was delayed to March 24, 2017. Steel Panther is an American rock band from Los Angeles, California, mostly known for their profane and humorous lyrics, as well as their exaggerated on-stage personae that parody the stereotypical 1980s “glam metal” lifestyle.

Check out other metal album reviews like Motley Crue Dr Feelgood, Buckcherry Hellbound and Accept The Rise of Chaos!