From Tapes to Streaming: How Wrestling Has Evolved

About a month ago, WWE sent out a survey to it’s WWE Network subscribers. One of the questions asked was whether or not subscribers would like to see various independent promotion’s shows made available on the Network. The list of  promotions included Ring of Honor, Pro Wrestling Guerrilla, AAW, and a host of others. For fans, this would be a great thing to have various groups available on one streaming service. As an Mixed Martial Arts fan and subscriber to UFC Fight Pass, I know the upside to this. They have a wide variety of smaller groups that air their shows on Fight Pass.

Recently, FloSports announced they were getting into streaming pro wrestling. They have announced a five year agreement with Evolve to stream their shows live. They will also air other live shows under the World Wrestling Network banner. In total, this comes out to about 60 live shows annually. FloSports has also hinted at adding more promotions in the near future.

My Early History with Wrestling 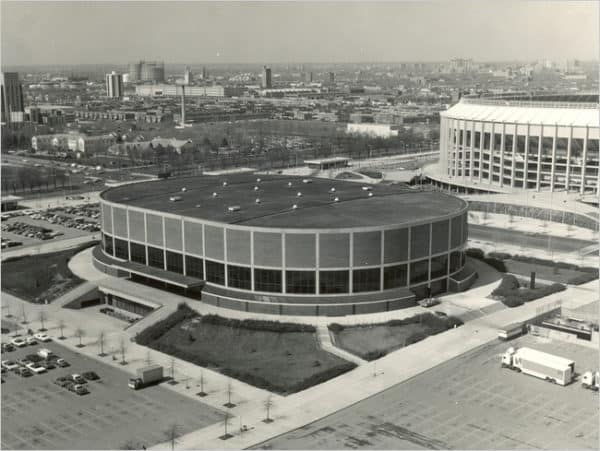 As a wrestling fan today, we have easy access to consume so much content. I can say for a fact that its never been this easy, or more enjoyable. It has come a long way since my days of searching out suppliers of VHS tapes from all over the world. I’m 47 years old, and I’ve been watching wrestling since I was a kid in the 1970’s. I grew up with mainly the World Wide Wrestling Federation as it was called back then. They aired two shows that were one hour each. They were basically squash matches, and interviews with occasional angles. Basically, it was an infomercial designed to sell the arena events.

In my case, it was the Spectrum in Philadelphia for WWWF/WWF. Cable television was not yet a big thing. But, for those lucky enough to have cable, they had access to see those arena events from such legendary arenas as Madison Square Garden, The Spectrum, or the Cap Center. By the mid 1980’s, the National Wrestling Alliance was a big hit in Philly. We had two more shows to hype up matches for the Civic Center.

The Rise of Cable and Magazines

By this point, cable was gaining in popularity and access. Soon we would be seeing TBS, World Class, and more. But,  there was so much more my friends and I wanted to see. Back then, our Internet was the wrestling magazines. Pro Wrestling Illustrated, Wrestling’s Main Event, Wrestler, Inside Wrestling, and Wrestling Revue, were just a few. On Christmas in 1983, my parents bought me me a VCR. Through some of the magazines, I would see ads for tapes of various promotions and a lifelong hobby (or obsession) was born. 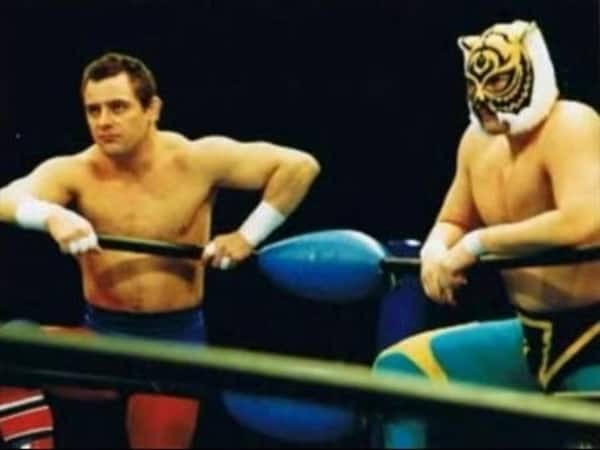 For me, it started with getting tapes of matches from Japan. Back then, the Holy Grail for tape traders or collectors were the Tiger Mask v Dynamite Kid matches. Thus, my love of Puroresu was born in 1984. But, I would also collect tapes from everywhere and anywhere. Florida, Memphis, Georgia, Portland, AWA, St. Louis, and many more. For a die hard fan such as myself, the VCR was heaven.

However, access to tapes could be a challenge. It cost money. Back then, dealers would charge as much as twenty dollars or more per tape. It was an underground market. There were no guarantees. Finding reputable dealers wasn’t easy, and finding dealers with good quality tapes was even harder. People would buy tapes and make copies to sell themselves. This was a problem because the tape would lose quality with each dub over. Scam artists were plentiful. But, I never wavered in my quest for more tapes. I wanted to see everything from around the world, past and present.

Eventually, I would meet other fans with similar interests. We would trade tapes, and make copies for ourselves. This would help with the costs. I had a friend who once traded a leather jacket for bags of tapes. I would eventually stay up for hours copying, and watching them all. As the territories in the United States started to die off, Japan was entering a boom period with new promotions starting up constantly. By 1993, I was down to just one supplier of tapes. He got his stuff directly from Japan, so the quality was always good. Dealers popped up everywhere, and the peace of mind was a blessing. 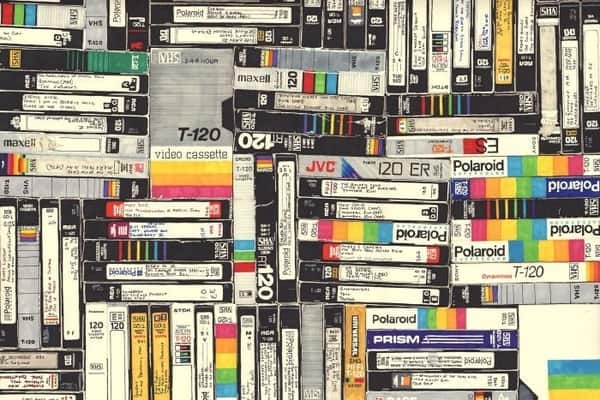 At one point, I had a walk-in closet filled with shelves upon shelves stacked with VHS tapes. My friends would refer to it as “The Vault”. To this day, I still wish I would have taken a picture. “The Vault” was stuffed with well over one thousand tapes. It truly was a sight to behold. By the early 2000’s , VHS started to disappear in favor the DVD. Soon after, DVD recorders were on the market. To me, the beauty of DVD’ s was that they took up less space. So, my next phase was on.

It was time consuming to transfer everything to DVD.  This task took YEARS. It wasn’t burning a disc in ten minutes. No, we (one of my friends was transferring his stuff as well) had to sit, and watch, and edit. It was so much fun to relive all that history we had saved. My friend would jokingly say to me, “What will happen to our collections when we die?”. We thought maybe somehow we can pass them on to younger fans so they can learn the history just as we had. At about this time though, the wonders of the Internet spawned something new, YouTube.

YouTube, and similar sites such as Dailymotion, were really where wrestling started streaming. People would upload videos for all to see. Within no time, almost anything could be found on YouTube. Even the obscure stuff I could never find through my many dealings over the years. Now, they were popping up for free. Truly, this was paradise, as the Internet and technology have evolved, so has the access to pro wrestling from around the world. Both in quality and quantity. Internet PPV, or i-PPV, started with varying degrees of success and failure. Then, the popularity of streaming services like Netflix and Hulu happened. it seemed inevitable that pro wrestling would follow suit.

Finally, WWE launched the WWE Network, and the business was changed forever. For a small fee, you can watch PPV’s live, stream tons of older WWE, World Championship Wrestling, and Extreme Championship Wrestling content on demand. they even get access to exclusive content such as WWE NXT. Several promotions from around the world now have a streaming service of some sort. New Japan Pro Wrestling has New Japan World. Revolution Pro Wrestling and Progress from England both stream their shows via Video-on-Demand. If you’re a fan of Lucha Libre, you have a ton of access to shows. CMLL streams live and free, three to four nights a week. Plus, just about everything that airs in Mexico is on YouTube on some form for free. For the Puro fans like myself, its never been easier to access content through the various Archives available. Facebook has also become popular place to find stuff to watch.

All at Our Fingertips

Streaming is the new way to enjoy what we love. No matter how you consume it, there’s never been a better time to watch all of the various genres of pro wrestling. I sometimes think to myself just how lucky the younger fans are today. The stuff that costs a small fee today is a fraction of what people like me put out over the years. Just to feed my addiction to the crazy and wonderful world of pro wrestling. But, I wouldn’t change my experience for anything. I love how everything is available at my fingertips. No longer do I have to wait for tapes to arrive. No longer am I left  wondering if they were going to be watchable or not. Now, I flip on my computer or Roku, and the world of wrestling opens up for me to enjoy.