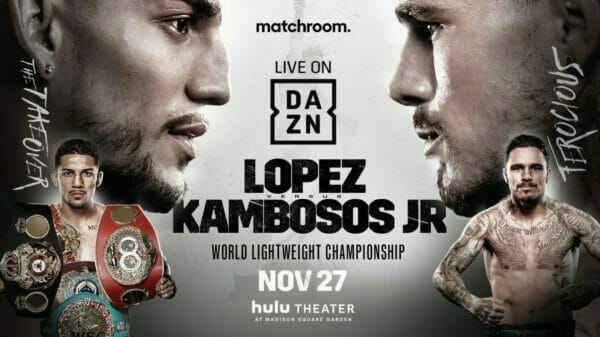 Live from the Hulu Theater at MSG, a battle for the UNIFIED LIGHTWEIGHT WORLD CHAMPIONSHIP! Teofimo Lopez vs George Kambosos Alternative Commentary