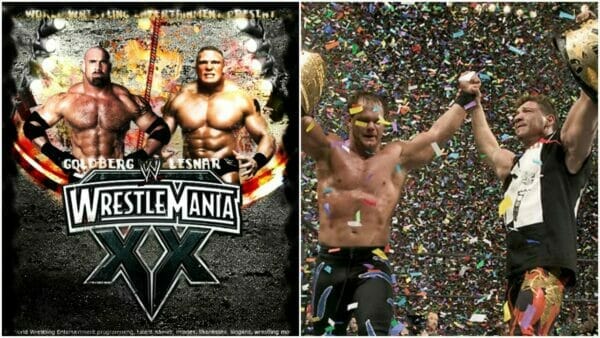 Pat Mullin and Mark Radulich conclude their continued look at the history of WrestleMania; The Mania of Wrestlemania 20 and Finale!

It’s the thrilling conclusion to our Mania of WrestleMania podcast! WrestleMania XX features Goldberg vs Brock Lesnar in both of their final appearances before taking a hiatus away from wrestling. Eddie Guerrero and Chris Benoit ascend to the main event after years of toiling in the mid-card! We’ll discuss the year that led to this card, what the expectations were and how the entire card had to change once Goldberg and Lesnar said they were quitting the company. We’ll discuss The Reign of Terror and how this was both the culmination and the end of an era before John Cena, Randy Orton, Batista and Edge would lead the company in the decade to follow.