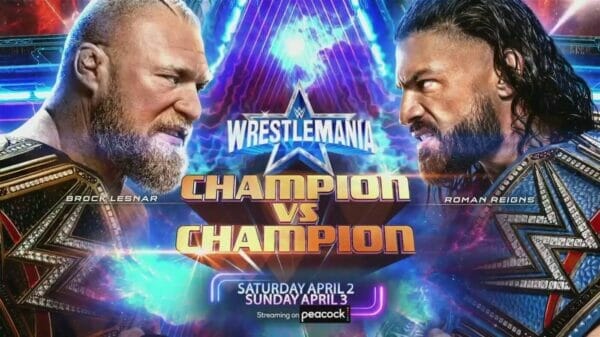 WrestleMania 38 is the upcoming 38th annual WrestleMania professional wrestling live event produced by WWE. It will be held for wrestlers from the promotion’s Raw and SmackDown brand divisions. The event will air on pay-per-view (PPV) worldwide and will be available to stream through Peacock in the United States and the WWE Network internationally. It is scheduled to be held as a two-night event, taking place on April 2 and 3, 2022, at the AT&T Stadium in the Dallas–Fort Worth metroplex city of Arlington, Texas.

Check out more of our WrestleMania Podcasts!