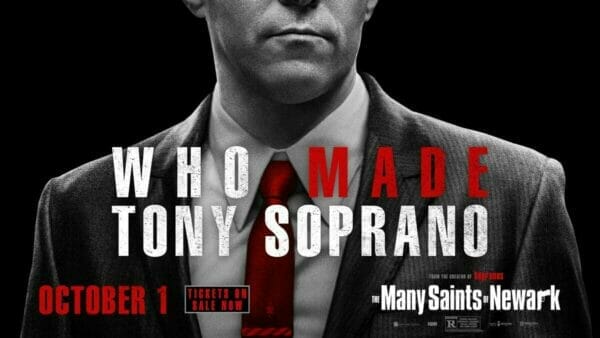 The Many Saints of Newark Review

Robert Winfree, Pat Mullin and Mark Radulich present their The Many Saints of Newark Review, a Sopranos Story!

The Many Saints of Newark is a 2021 American crime drama film directed by Alan Taylor and written by David Chase and Lawrence Konner. A prequel to Chase’s HBO crime drama series The Sopranos, it takes place during the 1960s and 1970s in Newark, New Jersey. The film follows a violent gang war from the perspectives of mobster Dickie Moltisanti and his teenage nephew, Tony Soprano, using the city’s 1967 riots as a backdrop for tensions between the Italian-American and African-American communities. It stars Alessandro Nivola as Dickie and Michael Gandolfini as Tony, the character originated by his father in the series, with Leslie Odom Jr., Jon Bernthal, Corey Stoll, Billy Magnussen, Michela De Rossi, John Magaro, Ray Liotta, and Vera Farmiga in supporting roles.

Other reviews you should check out are The Irishman and Thor The Dark World.

A Sopranos Story, The Many Saints of Newark Review