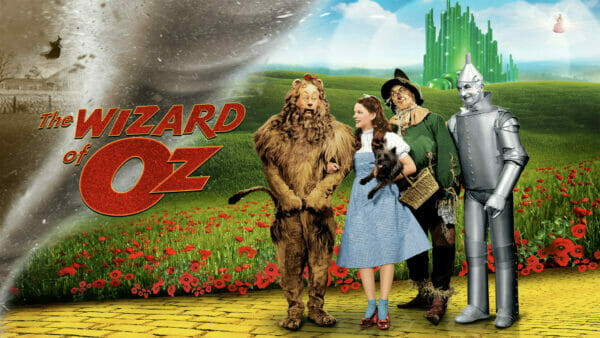 From 2013-2015 Robert Winfree hosted Everyone Loves a Bad Guy, an eclectic podcast dedicated to villainy across media. With Thanksgiving being this week we’re looking back at a holiday classic. This episode sees Robert and Sean Comer tackle the legacy of The Wizard of Oz and how the various villains contribute to it. We present our The Wizard of Oz Villains Discussion.

The Wizard of Oz is a 1939 American musical fantasy film produced by Metro-Goldwyn-Mayer (MGM). An adaptation of L. Frank Baum’s 1900 children’s fantasy novel The Wonderful Wizard of Oz, the film was primarily directed by Victor Fleming (who left the production to take over the troubled Gone with the Wind), and stars Judy Garland, Frank Morgan, Ray Bolger, Bert Lahr, Jack Haley, Billie Burke and Margaret Hamilton. Noel Langley, Florence Ryerson, and Edgar Allan Woolf received credit for the screenplay, but others made uncredited contributions. The music was composed by Harold Arlen and adapted by Herbert Stothart, with the lyrics written by Edgar “Yip” Harburg.

Check out our other Villains Discussions.

The Greatest Picture in the History of Entertainment, The Wizard of Oz Villains Discussion