Previously on Total Divas: Eva Marie is back, Paige is looking for a man, something with the Bellas.

Paige is frustrated that she’s not on WWE television lately. Oh, she has no idea.

Daniel Bryan and Brie Bella pick raspberries. Member? Brie invited Nikki to come hang out in with them in Washington. Oh great, it’s our weekly Nikki Bella vs. Brie/Bryan storyline.

Eva wonders why she doesn’t have a schedule for live events. Mark Carrano gives some vague reasoning as to why she’s not on the tours. I don’t even know what month we’re in on this show.

Nikki talks with Bella Mom about resuming her wrestling career. Nikki wants Bryan as her coach since she can’t wrestle anymore. Then her boob falls out of her dress. 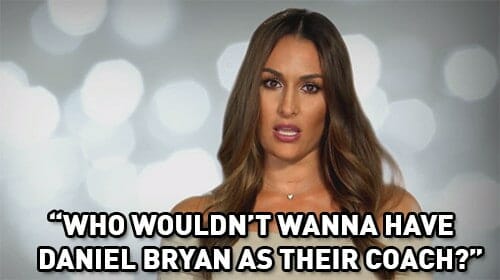 Natalya throws Naomi/Trinity a going away dinner since she’s going to shoot a movie. In walks Paige, with… wait for it… ALBERTO DEL RIO! YES! HERE WE GO! Del Rio immediately wants to go to the bar. Paige tells the story of how they fell in love. It all started when he got a haircut. Nattie is like, “weren’t you just engaged?” 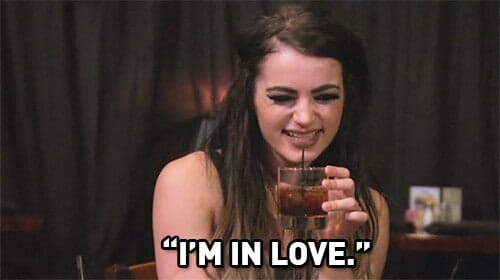 This story is too interesting, so we have to cut to Eva and Maryse in bikinis. Eva tells her that she’s ready to get back into a storyline. Maryse tells her to “use your balls.” Well, there’s a good storyline.

Brie wants Nikki to rekindle her relationship with Bryan. However, she doesn’t want her to talk wrestling with Bryan. Nikki is like, “well, what are we supposed to talk about?” Valid point. Nikki wants to buy an olive branch for Bryan. An actual olive branch! She settles for some tree that is way too big to fit in their vehicle.

Nikki gives Bryan the apple tree that she picked out. Nikki set up a wine tasting for the three. This thrills non-drinker Bryan Danielson. This scene lasts 20 seconds.

Backstage at some event, Lillian Garcia talks to Renee about Paige. Lillian informs her that Paige is moving-in with Del Rio. Renee is still concerned and upset. This scene lasts 15 seconds.

Renee confronts Paige at catering. They set-up a coffee date where they can talk about things. This scene lasted 30 seconds and five seconds of it was Paige getting food.

Nikki, Brie, and Bryan head to the wine tasting extravaganza. Nikki asks Bryan to help her with her comeback. Brie pulls her away because she doesn’t want Nikki to talk wrestling with Bryan. Brie explains that Bryan can’t wrestle, so it might be a little hard for him to help you wrestle. Nikki does not understand this. 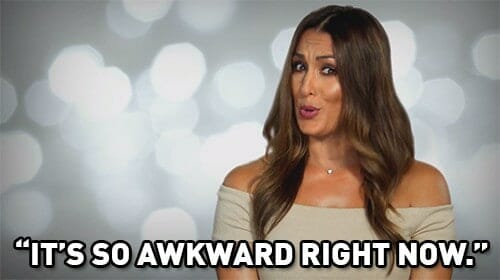 Eva shows up for TV. Uninvited. This is the new invasion. You know who she is. But you don’t know why she’s there. Eva talks with Jesse James. Road Dogg is like, “don’t go into business for yourself.” AHAHAHA! This is the best storyline ever. Shooter Eva Marie.

Renee sits down with Paige and wonders where she’s been. Paige says that she had a mental breakdown. She feels frustrated and depressed that she’s not on TV or doing anything. Renee brings up Del Rio, and Paige is having none of that. Paige says, “no one really gives a shit. They just want to know what’s going on to gossip. If I leave the company, no one will care about me.” I mean, that’s pretty valid. I think Renee is coming from a good place, but Paige still isn’t wrong.

Eva is told that she has a match at the show. She tells this to Dana Brooke. I HOPE HER MATCH WAS AGAINST DANA BROOKE! 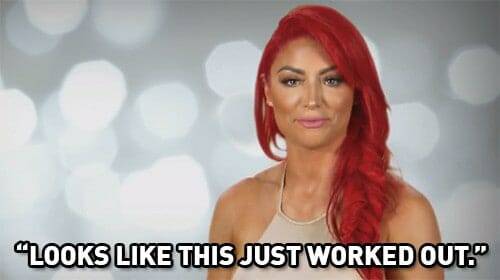 Nikki, Brie, and Bryan go on a hike. Nikki just wants to take a bunch of selfies. Bryan is like, “I’m trying.”

At the event, Mark Carrano is looking for Paige. He wants to discuss issues. This scene lasts 10 seconds.

Brie, Bryan, and Nikki have lunch. They have nothing to talk about. Bryan brings up Nikki’s comeback, and Nikki outs Brie for saying she can’t talk about wrestling. Then, she excuses herself from the conversation. Bryan handles this calmly and says he’s legit interested in her comeback. He has no problem talking wrestling. Bryan leaves to find Nikki. They have a good conversation because Bryan is way too rational for this show. They take cute pictures and Nikki mispronounces words.

At the live event, Eva is getting ready to wrestle Nattie. Eva is really proud of her over-the-top entrance. It was a legit good story prior to her failed drug test.

Paige shows up late. Carrano scolds her. Paige is like, “I’m not even on the show” and begins to cry. Carrano says that he has her back. They have a good conversation. Then, Paige doesn’t want them to film. 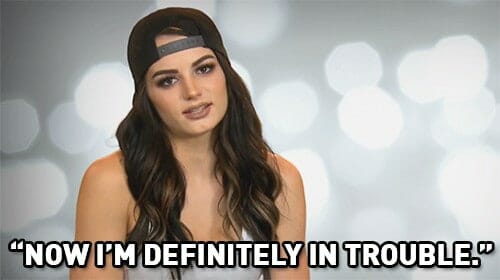 Bryan takes Nikki and Brie to a cycling studio to teach Nikki how to work. If this doesn’t give Nikki credibility with the marks, nothing will. This is all good stuff and Bryan is such a great person who I love so much.

Renee talks with Lana about Paige. She feels in the wrong about her fight with Paige. Renee is too perfect and too good for the wrestling business. Renee seeks out Paige to apologize. They both apologize for their role in the situation. What a happy ending.