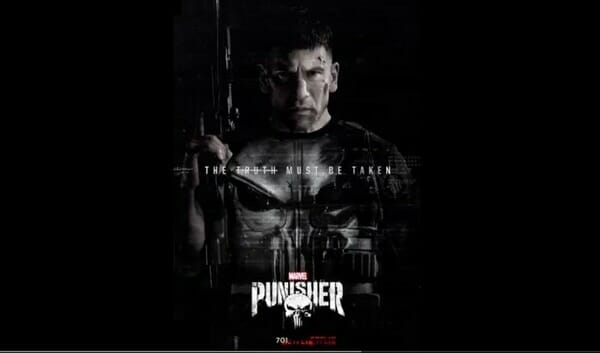 The RIB Network gang take a look back at the latest Netflix/Marvel series, The Punisher on TV Party Tonight.

Marvel’s The Punisher, or simply The Punisher, is an American web television series created for Netflix by Steve Lightfoot, based on the Marvel Comics character of the same name. It is set in the Marvel Cinematic Universe (MCU), sharing continuity with the films and other television series of the franchise, and is a spin-off of Marvel’s Daredevil. The series is produced by Marvel Television in association with ABC Studios and Bohemian Risk Productions, with Lightfoot serving as showrunner.

The series revolves around Frank Castle, who uses lethal methods to fight crime as the vigilante “the Punisher”. Jon Bernthal reprises the role as Castle from Daredevil. Ebon Moss-Bachrach, Ben Barnes, Amber Rose Revah, Deborah Ann Woll, Daniel Webber, Jason R. Moore, Paul Schulze, Jaime Ray Newman, and Michael Nathanson also star. A television series centered on the Punisher received a put-pilot commitment at Fox in 2011, but that project fell through. In June 2015, Bernthal was cast as the character to appear in the second season of Daredevil. Development on a spin-off titled The Punisher began by January 2016, before the second season of Daredevil was released. In April 2016, Marvel and Netflix ordered the series, confirmed Bernthal’s involvement, and announced Lightfoot as executive producer and showrunner. Filming began in New York City in October 2016, and concluded in April 2017.