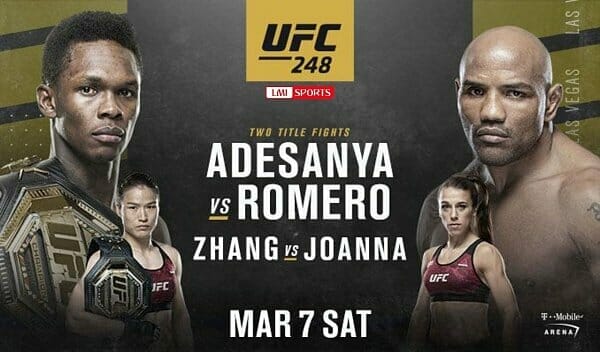 UFC 248: Adesanya vs. Romero was a mixed martial arts event produced by the Ultimate Fighting Championship that took place on March 7, 2020 at T-Mobile Arena in Paradise, Nevada, part of the Las Vegas Metropolitan Area, United States.

To hear more of our boxing alternative commentaries check out Jose Zepeda vs Josue Vargas, Ryan Garcia vs Francisco Fonseca and Jamel Herring vs Shakur Stevenson!

Check out our UFC 248 Adesanya vs Romero Alternative Commentary