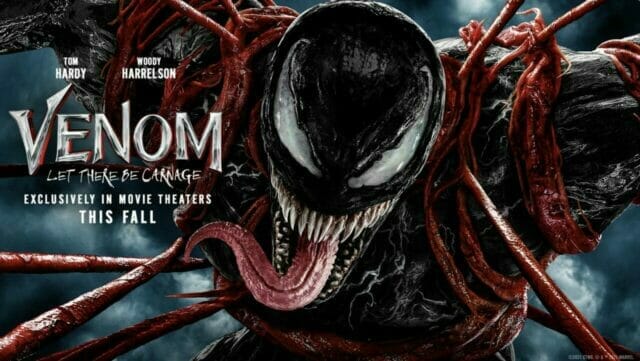 Venom Let There Be Carnage Review

Venom: Let There Be Carnage is a 2021 American superhero film featuring the Marvel Comics character Venom, produced by Columbia Pictures in association with Marvel and Tencent Pictures. Distributed by Sony Pictures Releasing, it is the second film in Sony’s Spider-Man Universe and the sequel to Venom (2018). The film is directed by Andy Serkis from a screenplay by Kelly Marcel, based on a story she wrote with Tom Hardy who stars as Eddie Brock / Venom alongside Michelle Williams, Naomie Harris, Reid Scott, Stephen Graham, and Woody Harrelson. In the film, Brock tries to reignite his career in journalism by interviewing serial killer Cletus Kasady (Harrelson), who becomes the host of the alien symbiote spawn of Venom, named Carnage.

Check out all the Venom and Carnage we’ve covered including but not limited to Venom 2018, Spider-Man 3 and Venom: Carnage Unleashed!

There will be carnage unleashed, Venom Let There Be Carnage Review