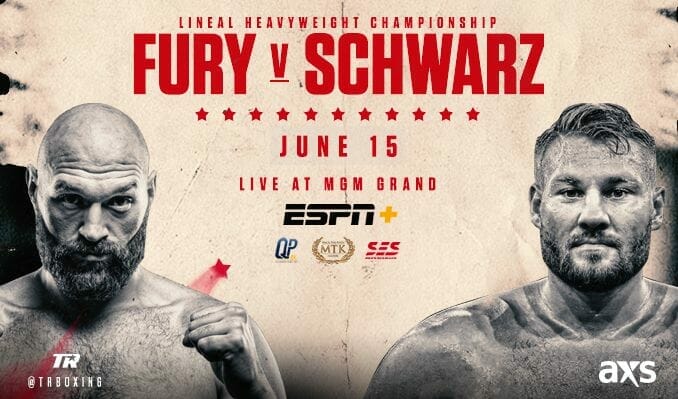 After the first fight with Deontay Wilder, Fury secured a five-fight contract with ESPN and Top Rank worth £80 million ($100 million). He made his return to the ring at the MGM Grand Garden Arena in Las Vegas against the WBO Inter-Continental heavyweight champion Tom Schwarz (24–0, 16 KOs) on 15 June 2019. This was Fury’s first fight in Las Vegas. Fury weighed 263 pounds (119 kg), compared to Schwarz’s 235+1⁄2 pounds (106.8 kg).

Check out our Tyson Fury vs Tom Schwarz Alternative Commentary