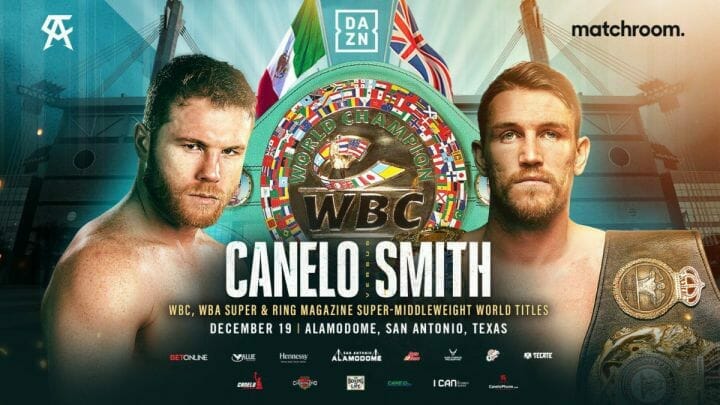 Robert Winfree and Mark Radulich provide alternative commentary for Canelo Alvarez vs Callum Smith! Canelo Vs Smith took place on Saturday, Dec. 19, 2020. On 17 November via social media, Álvarez announced he would be facing undefeated WBA (Super) and The Ring super middleweight champion Callum Smith on 19 December 2020, with the vacant WBC title also at stake. The fight was held at the Alamodome in San Antonio, Texas. Álvarez’s trainer Eddy Reynoso revealed that his fighter had been sparring with undefeated heavyweight Frank Sánchez in preparation for the bout.

Check out our Canelo Alvarez vs Callum Smith Alternative Commentary