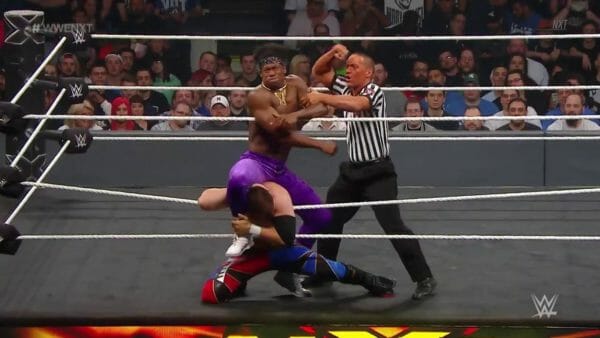 Where Gary Vaughan (@W2Mgary) and Paul Leazar (@hailtothechimp7) discuss all the events that transpired on this week’s WWE NXT. On this episode, NXT follows up on an incredible TakeOver with tons of highlights. Also, Aleister Black destroys somebody. The Velveteen Dream makes his debut. Drew McIntryre takes on Wesley Blake in the main event too.