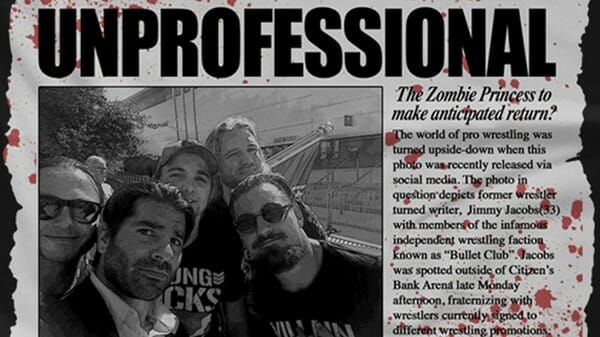 On this Wrestling 2 the MAX episode, Gary Vaughan (@W2mgary) and Paul Leazar (@hailtothechimp7) are let loose without Sean once again.

That doesn’t stop the guys from diving into some wrestling news though. Jimmy Jacobs fired by the WWE! Ricochet looks to be heading WWE’s way! Plus, Lucha Underground has begun shopping around to other networks in search of a new home. We talk about all of this, and so much more!

Speaking of Lucha Underground, Ultima Lucha Tres part three aired this week. Gary and Paul talk all about the ladder match between Pentagon Dark and Son of Havoc for the Gift of the Gods Championship. Plus, Sexy Star takes on Taya in a Last Luchadora Standing Match. The Trios Titles are up for grabs as well!

Then, Paul breaks down New Japan’s King of Pro Wrestling show. He goes over all the big story highlights, and gives his thoughts on all the matches.

Finally, Gary and Paul move on to Impact Wrestling, who are gearing up for their Bound for Glory pay-per-view. Johnny Impact and Garza Jr. face off for the #1 contendership to Eli Drake’s GFW Global Championship, plus LAX lets us in on just what exactly a 5150 match is. Plus, Moose makes a house call with his new buddy to the American Top Team facility as his hunt for Lashley continues.

Finally, we crown a new Superstar of the Week. With so much great action taking place over the last week, who walks away with points?

So, join us for another great episode of Wrestling 2 the MAX!