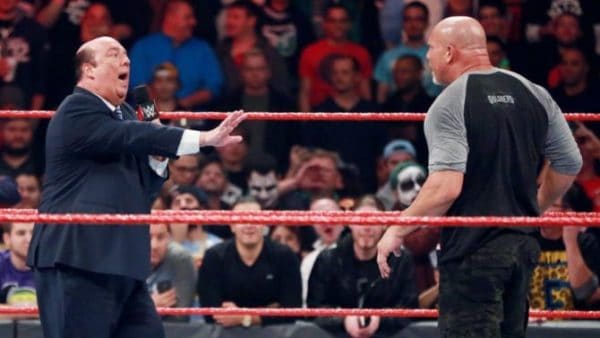 Shortly after WWE RAW ends, we have our WWE RAW Review, and still have our regular W2M Part 1 episode after it as well. So, Sean Garmer(@W2MSean), Gary Vaughan (@W2Mgary) and Paul Leazar (@hailtothechimp7) discuss and talk about the high and lows of the Monday night show.

So, join us, as we discuss everything about WWE RAW, as Goldberg Spears Paul Heyman. The Survivor Series team is named. Roman Reigns even defends the United States Championship against Chris Jericho too. All live from the XL Center in Hartford, Connecticut.

Sean studied Journalism at the University of North Texas. He loves pro-wrestling so much that he even trained to be a wrestler at the age of 17. Though he eventually had to quit wrestling to go to college. He still returned to do play-by-play commentary, help write storylines, and most of all, to watch matches. Sean started his love of pro-wrestling at the age of five after watching a Hulk Hogan match. Due to his family hating sports-entertainment, there were many years he missed. However, he returned full-time to being a fan in the late 1990’s. Since then, Sean has gone on to write for various wrestling websites. Thankfully, he discovered his true passion, Podcasting, four years ago. When he and Gary started the Wrestling 2 the MAX Podcast.