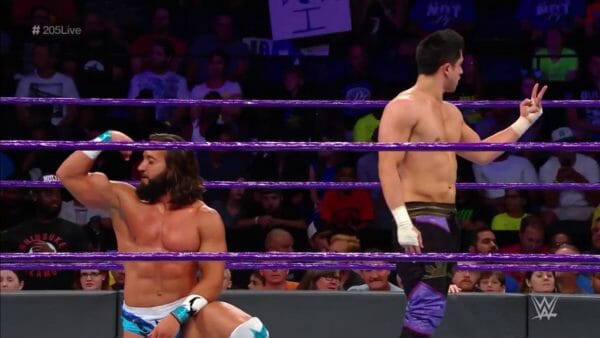 Where Sean Garmer (@W2MSean) and Harry Broadhurst (@hebtheeagle) discuss all the events that transpired on this week’s WWE 205 Live. Neville battles Ariya Davari. The rivalry continues between Rich Swann and TJP. Except this time they find tag partners for a Swann and Cedric Alexander vs. TJP and Tony Nese Tag Match main event. Plus more on this WWE 205 Live Review.