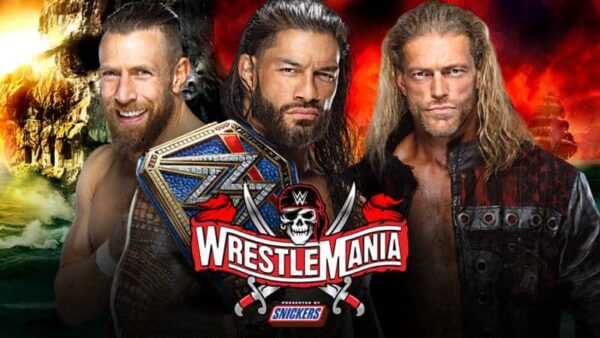 It’s the Ragin’ Climax of our #Wrestlemania reviews! First Chris Sheehan and Mark Radulich give their thoughts on whether or not Wrestlemania should be two nights or one. Then it’s on to the #WWEHOF review! And finally, The Podsmen will review in its entirety both nights of Wrestlemania 37!

Receive a 30-day free trial of Amazon Music on us. Also, you can get a special offer from Grammarly too!

Just when we thought #Wrestlemania week was over, boom! Like Randy Orton’s RKO, Chris Bailey X3 comes from out of nowhere with his solo review of #Wrestlemania37 and #WWEHOF!

And X3 With the Finishing Solo Review!