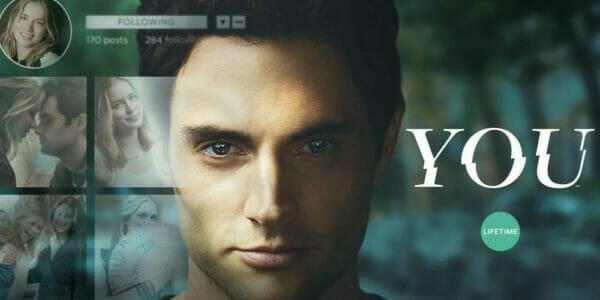 Jason Teasley, Pat Mullin and Mark Radulich present their YOU 2018 Season 1 Review! YOU Season 1 is an American psychological thriller television series based on the books by Caroline Kepnes, developed by Greg Berlanti and Sera Gamble, and produced by Warner Horizon Television (now Warner Bros. Television), in association with Alloy Entertainment and A+E Studios.

The first season, which is based on the novel You, premiered on Lifetime in September 2018, and follows Joe Goldberg, a bookstore manager and serial killer who falls in love and develops an extreme obsession. The season stars Penn Badgley, Elizabeth Lail, Luca Padovan, Zach Cherry, and Shay Mitchell.

For more TV show reviews check out our podcasts on Lucifer and Warrior Nun!

Based on the novel YOU by Caroline Kepnes, YOU 2018 Season 1 Review