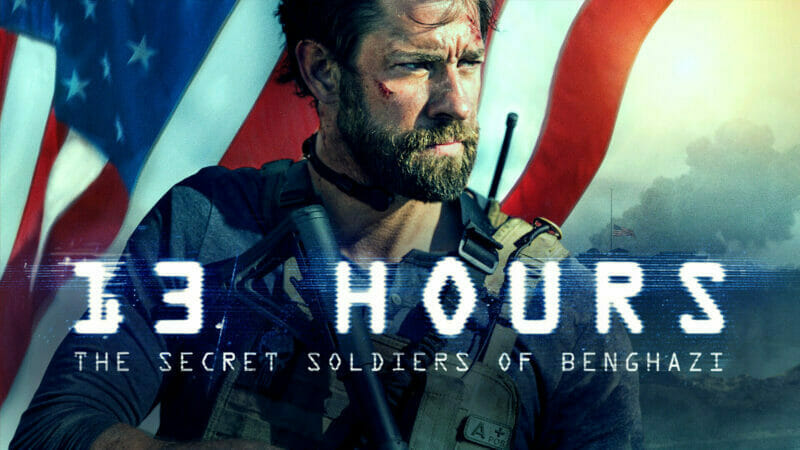 Andrew Graham and Mark Radulich honor September 11th by looking back on this Michael Bay “based on a true story” film about the Benghazi incident, 13 Hours: The Secret Soldiers of Benghazi! This film is a 2016 American biographical war action thriller film directed and produced by Michael Bay and written by Chuck Hogan, based on Mitchell Zuckoff’s 2014 book of the same name. The film follows six members of Annex Security Team who fought to defend the American diplomatic compound in Benghazi, Libya after waves of attacks by militants on September 11, 2012. The film stars James Badge Dale, John Krasinski, Pablo Schreiber, Max Martini, David Denman and Dominic Fumusa with supporting roles by Toby Stephens, Alexia Barlier and David Costabile.

For more reviews of movies directed and/or produced by Michael Bay check out Bad Boys, Transformers The Last Knight and Black Sails Season 1!

When Everything Went Wrong Six Men had the courage to do what was right, 13 Hours The Secret Soldiers of Benghazi 2016 Movie Review!