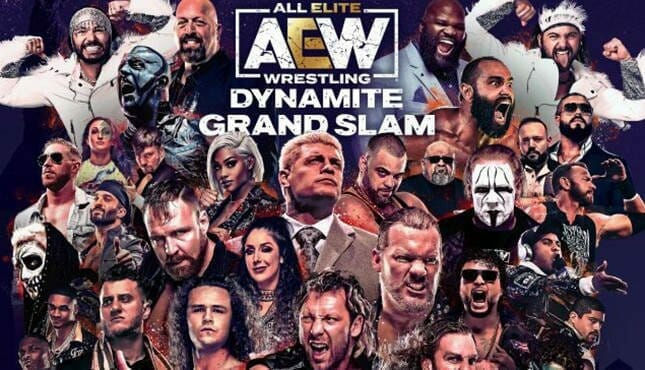 Chris Bailey X3 and Mark Radulich review the latest special episode of AEW Dynamite Grand Slam! AEW Grand Slam is one of a series of professional wrestling television special episodes produced by All Elite Wrestling (AEW). It was held on September 22, 2021, in the New York City borough of Queens, New York at the Arthur Ashe Stadium. It was broadcasted on TNT as specials of AEW’s weekly television programs, Dynamite and Rampage, the latter airing on tape delay on September 24.

Grand Slam is AEW’s New York City debut. It also marked the first full AEW event to be held in a stadium and the third overall, following the 2020 and 2021 editions of Double or Nothing in which only the main event matches of each were held at the TIAA Bank Field in Jacksonville, Florida, albeit with no audience in attendance at the venue.