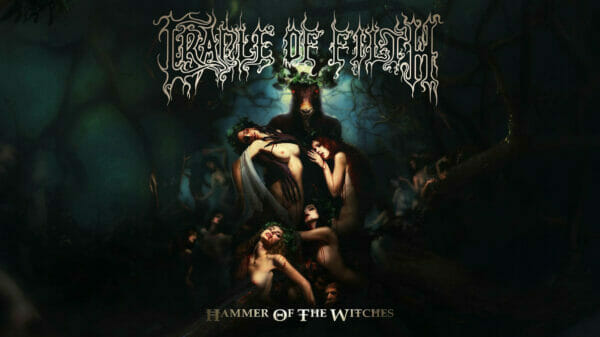 Mark Radulich and Robert Cooper review Cradle of Filth – Hammer of the Witches.

Hammer of the Witches is the eleventh studio album by the English extreme metal band, Cradle of Filth. It was released on 10 July 2015 and is their first release under record label Nuclear Blast. Hammer of the Witches features the band’s new line-up following the departure of Paul Allender and James McIlroy, which includes new guitarists Marek ‘Ashok’ Šmerda and Richard Shaw and new keyboardist and female vocalist Lindsay Schoolcraft.

Check out other metal album reviews like Cradle of Filth: Cryoptoriana: The Seductiveness of Decay, Lordi Sexorcism and Akercocke: Renaissance in Extremis!