I wasn’t hugely interested when the initial trailers for Days Gone hit.  The zombie stuff looked kind of interesting but the game had a whiff of Ride to Hell: Retribution that didn’t exactly thrill me. Now, having played the game, it’s nowhere near as bad as that game, but it still falls somewhat below the line when it comes to recent PlayStation 4 exclusive titles. 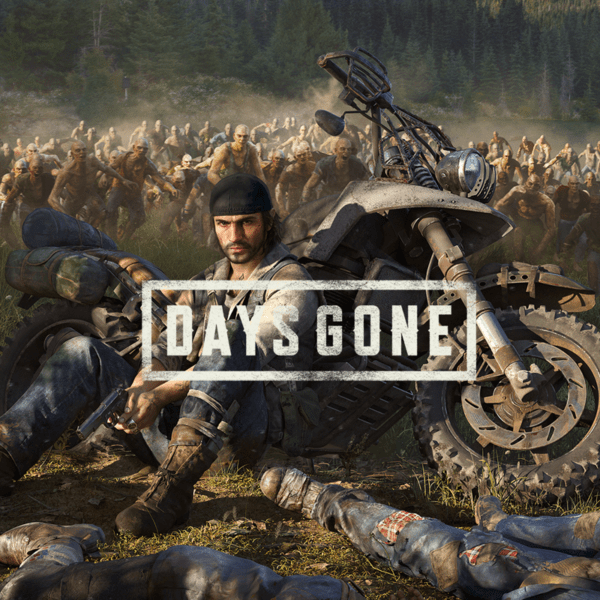 The best way to really describe Days Gone would be as an open-world version of The Last of Us. Perhaps an even more appropriate comparison is that Days Gone is like Assassin’s Creed while TLOU is like Uncharted. In case you didn’t understand that, Days Gone is a messy open-ended game while TLOU is a tightly-scripted much narrower game.

Getting to Know Deacon 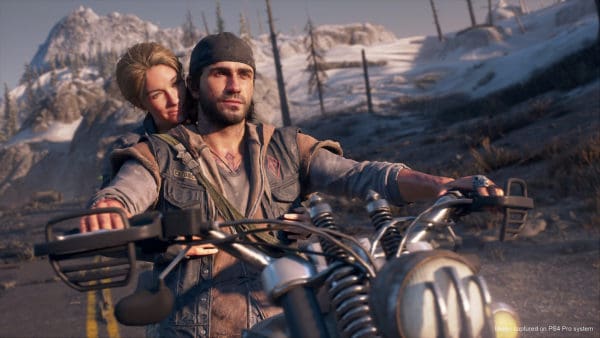 Days Gone has you playing as the character Deacon St. John, which is about as silly a name for a character as you can imagine. I imagine Biker McZombiekiller was somehow too on the nose.  Anyway, zombies or Freakers as they are called, have sprung up during a final evacuation of a city where Deacon, his wife Sarah and a friend named Boozer all reside. Sarah suddenly gets injured, and with limited space on the helicopter, Deacon puts her on it. Leaving Deacon and Boozer to fend for themselves. The game truly begins a little more than two years later with Deacon and Boozer becoming drifters and doing odd jobs for people.

Most of the game has Deacon doing missions for a few of the survivor camps left in the world.  One camp is run by a conspiracy-riddled hippie named Copeland and the other is led by a woman named Tucker who runs it like a slave camp.  Between the two, I couldn’t decide which was worse.  Each camp has its own specialization, the conspiracy nut’s camp has better parts for your motorcycle. While the slave camp, run by Tucker, has more weapons available. Later on, you come across two other camps that follow the same resources formula. 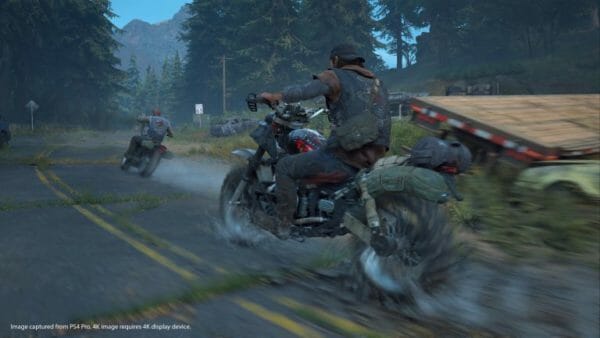 The big gimmick with this game is that it is open world and that your only means of travel is via a motorcycle.  To its credit, the bike is mostly fun to drive once you get it moderately upgraded.  A story event at the start of the game has your customized bike getting wrecked and you are given a beater motorcycle.  It has a weak frame, the engine sucks, there’s no nitrous available and it features a small fuel tank too.  Early on, one of your main motivations is to get your new bike in somewhat respectable shape.

The small fuel tank is arguably the biggest reason to actually upgrade your bike.  Your motorcycle requires fuel to get from place to place.  Initially, to even get between the two camps, you’ll likely need to stop for a fuel refill midway between the map.  While I think you technically could make it from one camp to the other on one tank, you would be on fumes by the time you hit the other camp. Thus, likely needing a fuel refill to get anywhere at all.  You will find gas cans/gas pumps in the game world, all of them have infinite gas, and some of them get marked on your map for future refill needs as well.

The way Days Gone actually handles missions is odd.  There are like 20 overall storyline missions in the game.  These range from finding your wife, taking care of your buddy, to visiting a memorial rock and talking about what’s going on.

However, side and even incidental side missions also fall into these categories. For example, one side mission involves you finding (and generally rescuing) a young girl named Lisa over and over.  But, you can’t just do these missions all at once.  It periodically stops, depending on where you are in the story, and just be forces you to wait a while, or do other content until you get the notification again.

Even the really repetitive side content gets filtered into these storyline missions. Things like destroy all the Freaker hives or Eliminate the Freaker Hordes have their own storylines.  There isn’t an actual story associated with most of them, it’s just a completion number that goes up once you do an activity.

Missions usually fall into a few classifications.  Mainly they involve you driving to a location, investigating something, or finding an enemy camp.  Then a bunch of enemies appear, usually they are freakers, evil humans, or occasionally diseased animals. Another mission type may involve picking-up an object of importance or rescuing someone once all the enemies are cleared out. Rinse and repeat for 85% of the game.

Some missions do break the mold though and involve fights against zombie hordes, or culminate in some sort of boss fight.  The horde fights are some of the more involved/complex fights in the game, but can also be annoying.

Horde vs. The Alliance 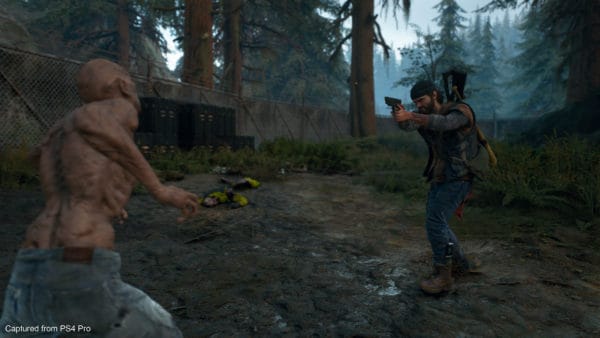 Freaker/zombie hordes are the big, impressive thing in the game but they serve the role of being a major nuisance. These were shown in the trailers for the game where you have hundreds of zombies coming at you at once, almost like a rushing torrent of water and your job is to not only survive but to actually take them out. Most hordes are actually fairly easy, assuming you have a lot of consumable weapons (mines, grenades, cocktails, etc.) and enough resources to craft more when the going gets tough.

There are two, really late game, story-mandated missions that flip this script.  One mission involves you taking on a horde, which can be defeated easily (especially if you cheese-it like I did).  The very next mission involves you taking on another horde.  However, you probably won’t have time to refill your resources or get yourself really ready for this, so it becomes a major pain to complete.

Other Things to do: I’m a Crafting Man

While you do get weapons from the camps, or from dead enemies, you have to find materials and craft a lot of the additional items you need or want in the game. This includes Molotov Cocktails, remote bombs, proximity mines, health packs and so on.  You’ll collect a ton of materials as you play the game and almost all of them funnel into the crafting system.

There isn’t a ton of different weapons you pick up in the game.  You can only hold onto three types at once: sidearm, primary and special.  Sidearms come in two varieties, pistols and submachine guns.  Primary guns are either shotguns, or assault rifles.  Special weapons are sniper rifles, machine guns or a piddly (useless) crossbow.

As you complete missions/take out enemies, you’ll gain experience points and level up.  Leveling-up nets you a skill point in one of three trees: melee, ranged and survivability.  The first two are pretty explanatory and all survival really does is buff up your survival vision (Detective Vision), increase your inventory, and increase the amount of materials you collect from plants and animals.

There is another type of system that you’ll also need to know about.  There are NERO (Government) checkpoints that you’ll occasionally find.  If you repair the generator at said checkpoint, you can gain access to the trailers and find a NERO Injector.  These injectors can only be used once and can increase either your health, stamina or focus (bullet time) stat. There is a certain limit on this, you can’t increase your health over and over, but I think each stat can be increased about 10 times or so.

I certainly ran into some issues during my playthrough of Days Gone. While the game never did blue-screen back to the PS4 menu, I had missions glitch out, character triggers not work, enemies not spawn correctly, and other things.  I would go to turn in a mission objective item only to find the character couldn’t be interacted with.  Another mission I had to drive to a cave, only when I got there, the cave had a solid texture blocking it.  I had to restart my PS4 to actually “open” the cave.

This is a good example of one:

Suffice it to say, this isn’t supposed to happen when you ride into a camp.  That’s not to say the game is unplayable but a lot of the time it felt like it might spin apart at any time. 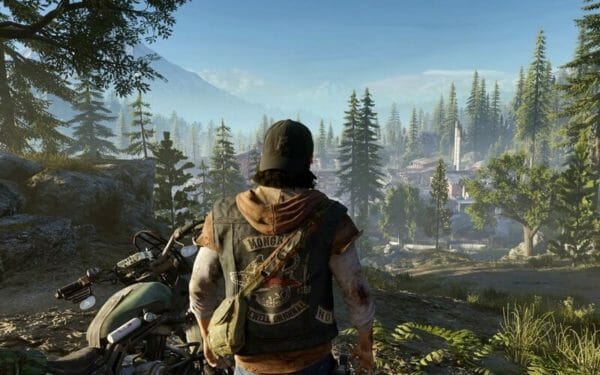 The biggest problem with Days Gone is its length. The game is far too long for its own good. Suffering from the same problem as the last two Assassin’s Creed games.  There’s a funny moment late in the game when you go back to a camp and basically go “OK, the military attacked us.  Now to turn the tables and go after them.”  It’s meant to be a big, rah-rah moment, only for it to immediately deflate when the game throws between 10 and 15 more missions at you before the actual game ends.

Overall, the pacing is just a big issue throughout most of the game.  I can understand that they wanted to give people their money’s worth but they just went overboard.  The game feels like it has at least 50 missions in it and it just didn’t need all of it.

I kind of knew ahead of time this would be a somewhat mediocre game but it’s not bland in the way I thought it would be.  Actually driving around on the bike feels great and fighting enemies, in particular the baddie humans, is fairly enjoyable.  The problem(s) with the game is that is just goes on for way too long and the storyline is some of the most boilerplate you can imagine.  If they had edited this game down, it would have played much better.  Instead, it’s just kind of a meandering game that takes forever for the story to actually go anywhere.