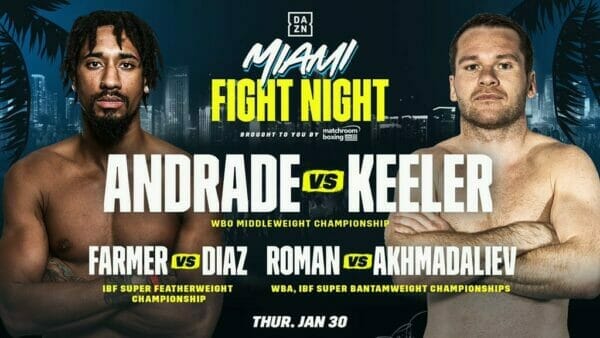 Demetrius Andrade vs. Luke Keeler took place on January 30, 2020. Booboo Andrade fought Luke Keeler, ranked #3 by the WBO and #10 by the IBF at middleweight.

Check out our Demetrius Andrade vs Luke Keeler Alternative Commentary