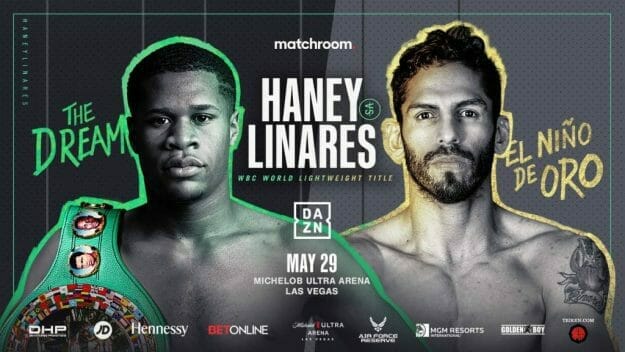 Devin Haney vs. Jorge Linares was a professional boxing match contested between WBC lightweight champion Devin Haney, and former three-division world champion Jorge Linares. The bout took place at the Michelob Ultra Arena in Las Vegas, Nevada, on May 29, 2021, with Haney’s WBC title on the line.

Check out our Devin Haney vs Jorge Linares Alternative Commentary