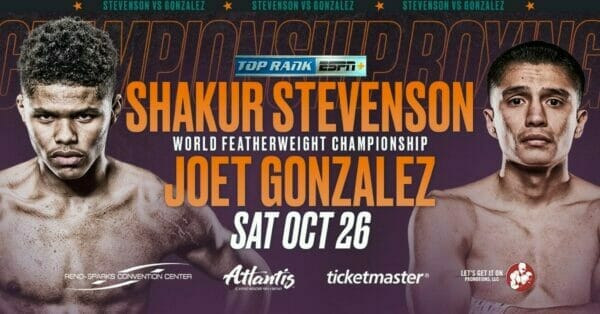 Shakur Stevenson vs Joet Gonzalez was made after Stevenson continued his winning streak. He compiled a perfect record of 12-0 before facing Joet Gonzalez for the vacant WBO featherweight title on October 26, 2019. Gonzalez was ranked #2 by the WBO at featherweight. The two men had a long-running feud, due to the fact that Stevenson’s girlfriend of the past three years had been Gonzalez’s younger sister, Jajaira. Gonzalez and his father openly disapproved of the relationship and of Stevenson.

To hear more of our boxing alternative commentaries check outCaleb Plant vs Caleb Truax, Plant vs Feigenbutz and Canelo vs Smith!

Check out our Shakur Stevenson vs Joet Gonzalez Alternative Commentary