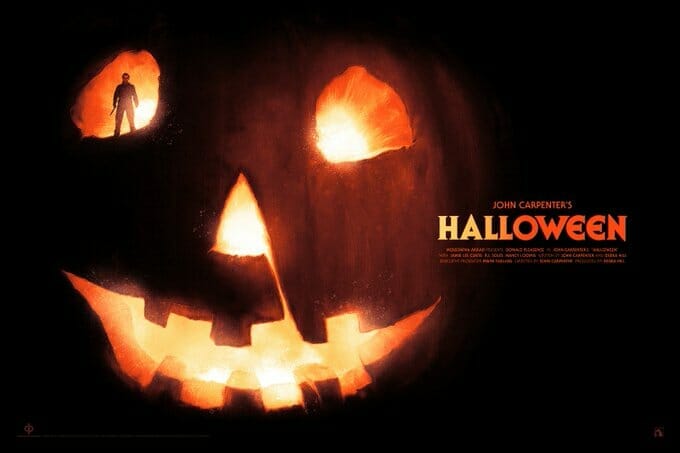 We are presenting our John Carpenter’s Halloween 1978 Movie Review in honor of Halloween Kills (2021), the sequel to Halloween (2018)!

Halloween is a 1978 American independent slasher film directed and scored by John Carpenter, co-written with producer Debra Hill, and starring Donald Pleasence and Jamie Lee Curtis in her film debut. The plot tells about a mental patient who was committed to a sanitarium for murdering his babysitting teenage sister on Halloween night when he was six years old. Fifteen years later, he escapes and returns to his hometown, where he stalks a female babysitter and her friends, while under pursuit by his psychiatrist.

For more Halloween movies and comics we’ve reviewed, check out our episodes on Halloween 2 and Halloween 3 Season of the Witch!