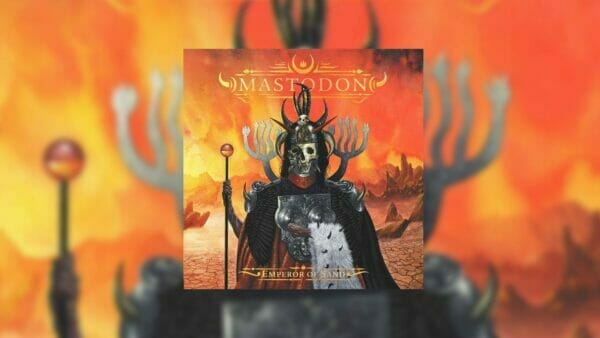 Emperor of Sand is the seventh studio album by American heavy metal band Mastodon. It was released on March 31, 2017 through record label Reprise Records. The album’s first single, “Show Yourself”, peaked at number 4 on the US Billboard Mainstream Rock Songs chart in 2017. The second single, “Steambreather”, peaked at number 18 on the same chart. It was ranked on several year-end lists, including at number three on The Independent’s “Top 20 Rock & Metal Albums of 2017”.

Check out other metal album reviews like Cradle of Filth: Cryoptoriana: The Seductiveness of Decay, A Pale Horse Named Death: When the World Becomes Undone and Bullet For My Valentine Gravity!