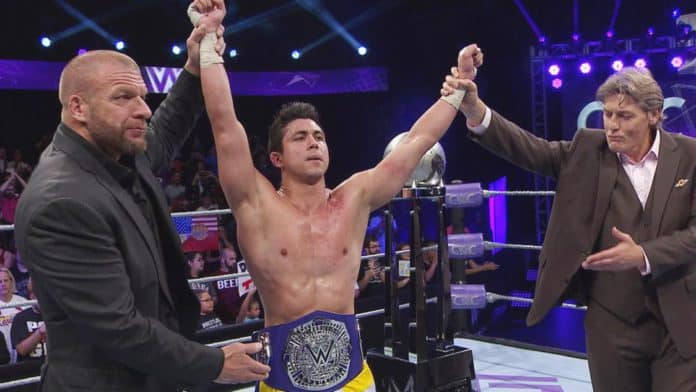 The Cruiserweights came to WWE RAW on Monday night. There was a ton of anticipation. Not so much for the matches but more for the curiosity of how they’ll be presented. We’ve seen for ten weeks that this can be something special. The Cruiserweight Classic was indeed just that. The guys delivered with one spectacular performance after another. But that’s nothing new. What grabbed people’s attention, was the overall quality of the presentation. It blew everyone away because it was different. It was exciting. Quite frankly, it was amazing. In this unbelievable year for wrestling it may wind up being the one thing that actually stands out above the rest.

So what happened when they got to RAW? The exact opposite. Honestly, the whole thing was very underwhelming. For starters the Champ wasn’t on. He had no interview. T. J. Perkins should’ve at least been doing commentary during the four way. Then, after the match, do a staredown with the winner. This all seems so simple, but yet, they still wonder why things don’t get over. The match itself was good. But it’ll always be good. It’s the presentation that’s night and day from what was there on Wednesday nights. Obviously, one night is not the ultimate indicator of what’s to come. However, if things continue like this, it’ll be an uphill battle for these guys. Not to mention, the naysayers and keyboard warriors that will nitpick about the style.

People can downplay it all they want, but the Cruiserweight Spots Matter. I first saw a VHS tape of Tiger Mask vs. Dynamite Kid in early 1984. I’ve seen Tiger Mask here in the United States and in magazines before. But this match, blew me away. It was something different. It was something exciting. Quite frankly, it was amazing. They were presented as something special. They were protected in booking, and they were put in a high profile position during a boom period for New Japan Pro-Wrestling as well. The fact that it’s still talked about today, tells you everything you need to know. The biggest reason it was special, was because it was stuff we’ve never seen before on the big stage. Sure, it took its physical toll. But a guy like Rey Mysterio wouldn’t have been over doing armbars and headlocks. 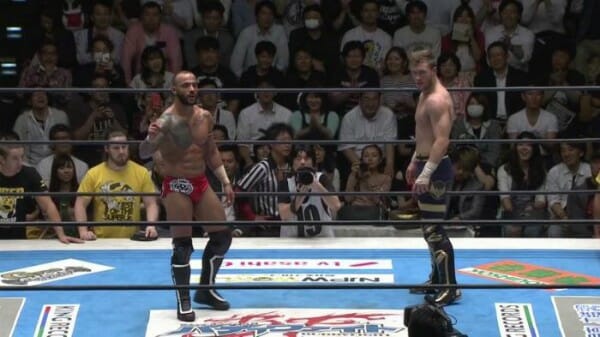 That’s reality. The “spotfest” reference is something that annoys me to no end. Those “spots” are what sets those matches apart from the norm. It’s why everyone talks about them. But the old boy network and the uninformed blow it off with the “ah, all they do is the flippy stuff.” Well yeah, that’s what gets them noticed by promoters and fans. Will Ospreay and Ricochet created quite a storm a few months back, because some old wrestler saw them do a flip and said it was dumb. But those two were in the main event in Japan with the Japanese crowd chanting “this is awesome.” The match had flips and dives that fit into a wrestling match where the outcome was important. So much so, that it’s sure to finish high in the Match of the Year voting.

This is why I say that the Cruiserweight Spots Matter. They are important to their matches for a couple of reasons. One, because they always have the deck stacked against them and it forces them to try and keep the attention of viewers. Two, because it’s different and it’s what gets them noticed. I always love hearing how guys are told to go get over then get chastised for it, when they actually do. Why are people so afraid of different and change?

Cruiserweights Can Get Over

If there’s one thing that we’ve learned in the last few years. It’s that smaller guys can get over if given a chance. Daniel Bryan is a classic example. The old boy network just couldn’t figure it out. Still can’t. Look at Boxing and UFC. The biggest draws haven’t been heavyweights. Its been the smaller, quicker, more exciting fighters that draw the biggest audience. Why? because they were given a chance. Put on top and promoted as stars. No one told them to tone it down, or that their style leads to injuries. Instead, promoters figured out how to make money off of them.

Unfortunately, pro wrestling, at least on the big stage, is ridiculously behind the times. Especially WWE, with an out of touch promoter surrounded by yes men. This leads me to believe that the Cruiserweight stigma probably continues on in WWE. Here’s hoping I’m wrong about that.