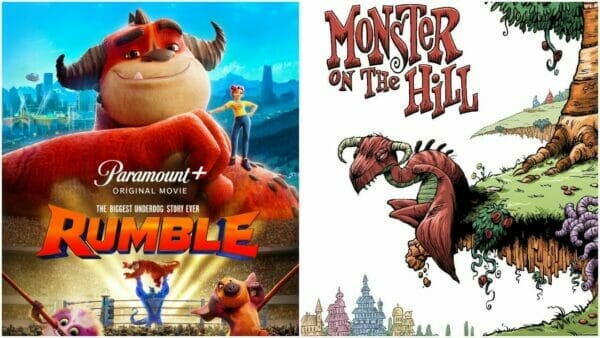 Jonas Radulich and Mark Radulich present our Comparing Rumble to Monster On The Hill review!

Produced by Paramount Animation, WWE Studios, Walden Media and Reel FX Animation Studios, the film was released in the United States on December 15, 2021 on Paramount+. The film received mixed-to-negative reviews from critics with criticism for its writing, characters, and pacing, although the animation received some praise.

What Was Better? Comparing Rumble to Monster On The Hill