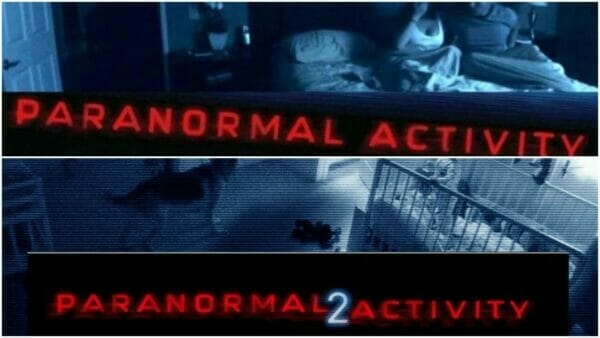 Paranormal Activity 1 is set in October 2006, a young couple, Katie and Micah, who have recently moved to a new house in San Diego, California, are terrorized by a demon that has stalked Katie since childhood. The film is designed to look like a found footage-styled film with Micah filming the activity in their house.

Paranormal Activity 2 is set in August 2006, one month before the events of the first film, Katie’s sister Kristi and her family reside in Carlsbad, California, where they experience strange activity after her baby, named Hunter, is born. The film uses security cameras and in some scenes, a hand-held camera to film the activity in the house.

Check out our other horror movie and movie franchise reviews like, Malignant 2021, Crawl and Candyman!

Check out our other Long Road To Ruin shows such as The Evil Dead Trilogy, Final Destination and also Fear Street!